Mishka Henner is a Manchester based artist. His recent photographs of Feedlots (part of the Beef & Oil series) focusses on industrial farming. Specifically, the practice of using feed yards to efficiently and intensively fatten cattle over a short period of time to prepare them for slaughter.

Like David Thomas Smith’s Anthropocene photographs, Henner’s photographs are composed from satellite images digitally stitched together. And also like Smith’s, they result in an abstract graphic looking scene. What is this? and is this even real? a spectator might reasonably ask. 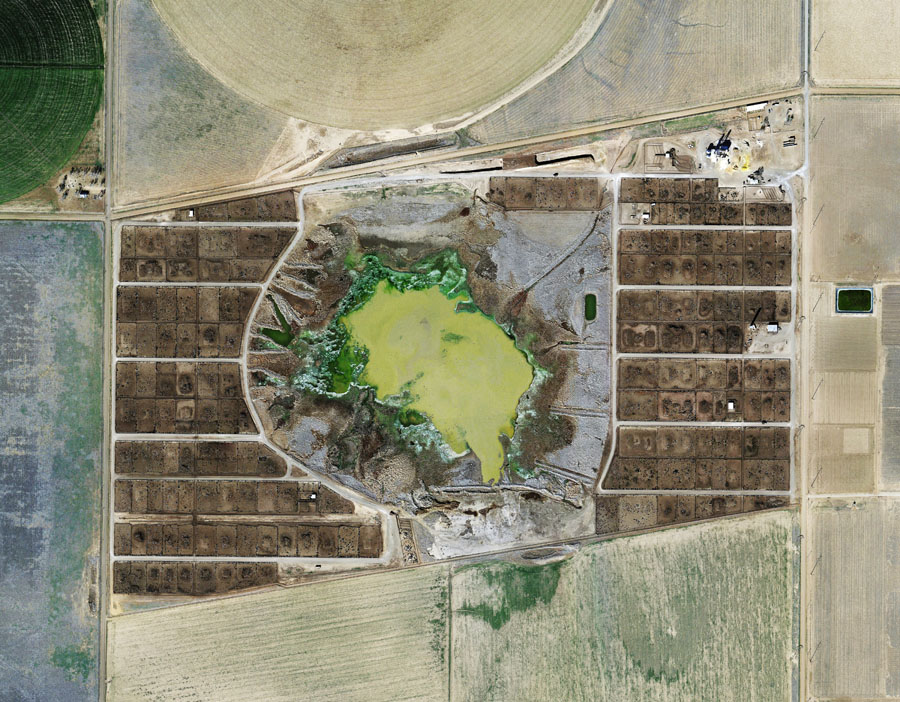 And I guess that is the point. Yes, the photographs are real. Yes, farming in this way is currently considered acceptable (optimal?) in the U.S. It is a way of farming that is intimately coupled with, and reliant upon, technology for its existence.

Alongside issues of the humane treatment of animals and of human and environmental health that this photograph raises, the aerial approach also alludes to a discussion around access to information, the so-called ag-gag laws, which is currently underway between private and public interests in the U.S.