The advent of the Anthropocene announces the fact that human activity is now on the scale of a geological force. Some pride might well for a split-second, after all, bigness and having more is generally a cause of celebration and associated with ideals of strength, power, and achievement. Though possibly, it might mean nothing to you whatsoever.

Responding to and communicating about the Anthropocene is an urgent challenge and the pressures that human activity exert on the Earth are perhaps still most clearly articulated by Johan Rockström. Global freshwater use has been identified as one of the nine key Earth System processes that humans must come to terms with. However, as climate change communicators are well aware, facts alone are not enough to induce action. One of the difficulties of communication is of scale, another is of visibility.

Alejandro Cartagena lives and works in Monterrey, Mexico. His Lost Rivers series documents what he calls “nature’s non-beneficiaries of our actual urban well-being,” these being the rivers in and around Monterrey.

Cartagena does two interesting things with this characterisation. The first is a deliberate and direct re-tethering of human benefits to nature’s non-benefits. This relationship is echoed in many of the photographs in Lost Rivers, which show nature’s un-benefits in the foreground linked visually to human benefits in the background. The consequences of the choices that people have made, then planned and executed, are made visible to us by Cartagena. 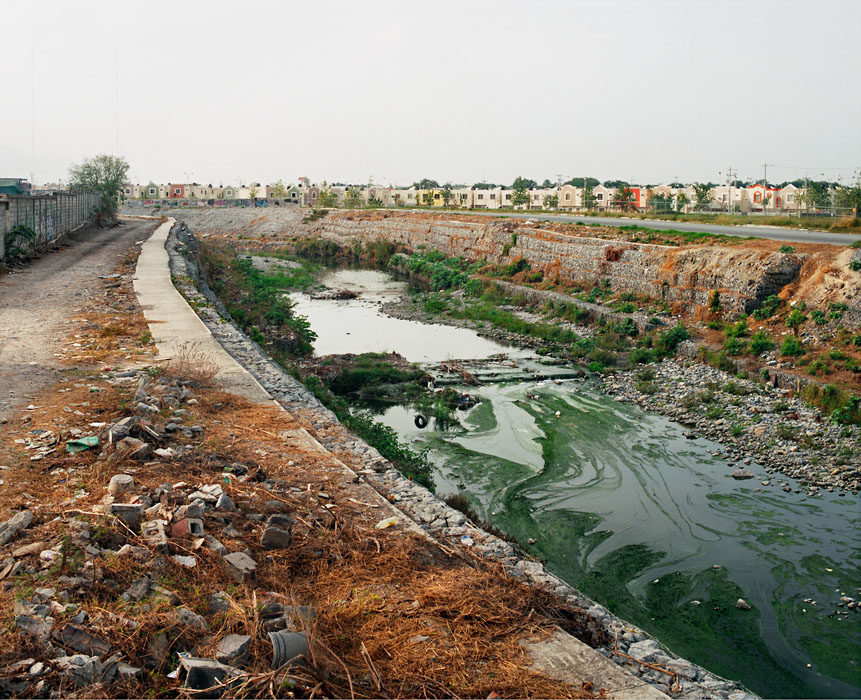 The second and more interesting thing that Cartagena does is that he gives nature a footing.

Often nature is referred to in relationship to its benefits or otherwise to humans and discussions proceed unproblematically on this basis e.g. nature as ‘ecosystem services’. This approach avoids any discussion of nature’s footing as a factor in bringing about the Anthropocene.

Though here, Cartagena characterises nature as a multiple of non-beneficiaries. That is, entities which are capable of accepting non-benefits and so they are being imbued with a sense of agency and an identity that is not determined by use value to humans.