The images are a mix of idyllic pastoral landscapes completely absent of people and images of people working in the watery landscape: fishing, shooting, reed cutting and basket making. Emerson is an anonymous observer of all this activity. We, like him, are glimpsing the lives of the north folk.

Emerson creates a beautiful picture of people living simply within the landscape. Humans have not yet damaged or overwhelmed their environment. Technology is small-scale and artisan. Emerson noted that while the work was hard, the people were happy and healthy. For him, Norfolk was a sweet and civil country.

Viewing these images 130 years later, when so much has changed in the way we harvest our environment, what relevance, if any, do they have? What work do images like this do in 2018?

Life and Landscape on the Norfolk Broads represents a past way of life that can never be regained or returned-to. On this view, the images will always be melancholic and distant. They are images that mourn with a romantic gaze towards an idealised pastoral life. With artificial and projected sweetness, the images contrast favourably to the pollution of the Anthropocene. Can we please have less noise, less pollution, less harm, and less spectacle?

For 10 years between 2001 and 2011, Justin Partyka photographed the people and landscapes of Norfolk and Suffolk. His 2011 book Field Work captured “the forgotten people of the flatlands.” They are images of a life that Emerson would recognise well.

Despite Partyka identifying the people as outsiders to modern life and “forgotten,” his images remind us that things have not changed so much in the relationship between people and their environments. In places, they still work in scale with their environments, using well-worn methods, and in close and intimate relations with it.

Field Work also reminds us that food and raw materials really do still come from the land and are shaped through the effort and skills of many. Both Life and Landscape on the Norfolk Broads and Field Work are interested in working life. A worker’s muscles may ache, but they are happy and healthy and their work is needed. As compared to the recently identified modern phenomenon of meaningless and unfulfilling bullshit jobs.

So we might yet find relevance for 130 year old photographs, beyond nostalgia, in noticing what still remains of the life they show and in wondering what values are embodied by their lives lived between land and water. 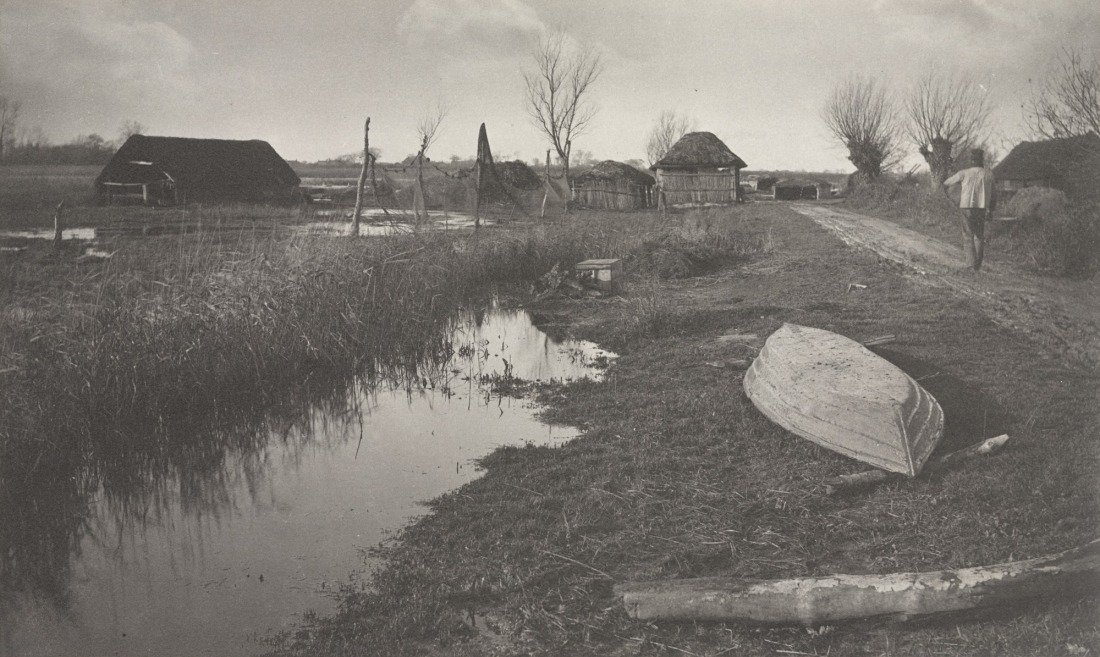