Conservationists turned to the camera, because they viewed it as a technology of memory, as a device that could preserve threatened lands. As they photographed places of silent beauty and expressions of physical force, they also hunted for reassuring images of themselves (Dunaway, 2000 p. 209).

Discussing early nature photography, Finis Dunaway argues that photographers used photographs to create contrasting images of humans place in nature, placing them between visions of peace and visions of violence. In either case, the images were a reassuring vision of how they wanted to see themselves.

George Shiras is one of the earliest nature photographers, trading in hunting with a gun to hunting with a camera and magnesium flash in the middle of the night. The approach exposed a world of animals going about their business under the cover of darkness and sometimes looking back with calm and curiosity.

In the face of the recent announcement that 1,000,000 species are threatened with extinction. I have been trying to think about photography’s place beyond reassuring visions.

The IPBES distributed ten stock images with their report illustrating some of the “culprits” they identify: (1) changes in land and sea use; (2) direct exploitation of organisms; (3) climate change; (4) pollution and (5) invasive alien species. However, none of the images seem to get at the fact that 75% of the terrestrial environment and 66% of the marine environment is “severely altered” by human actions. The earth is becoming a much harder place for plants and animals to live.

The Bramble Cay melomys is a world away from George Shiras’s Lynx. It is a mouse-like mammal, living only on a remote island near the Great Barrier Reef. It is seen through the unartistic gaze of scientific photographers who visit Bramble Cay to check their numbers. 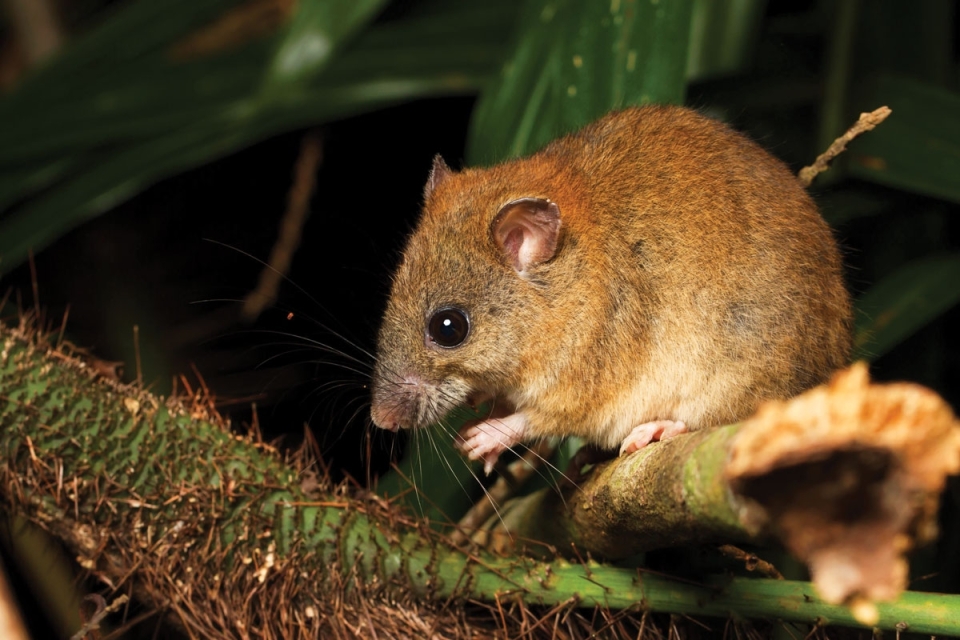 The Bramble Cay melomys has now been declared extinct, last spotted in 2009. It suffered dramatic habitat loss in just 10 years and is recorded as the first mammalian extinction due to human-induced climate change.

The life-like reality of the image might reassure the brain into thinking that the Bramble Cay melomys still exists. However, it is nature photography as taxidermy, as “an art that predicts and remembers death” (Dunaway, 2000p. 228).

A million more taxidermies is unthinkable. Yet it is the forecast. It is yet another of Timothy Morton’s hyperobjects, unthinkable things which must be thought.